Waving goodbye has always confused me. In motion, it eloquently illustrates the bittersweet push and pull between staying and leaving. Together with a smile and a body that walks away, the hand represents a need to be apart and faith that a reunion will take place in due time. However, when paused, the hand stops waving, it stops midair, palm open, instructing me to stop dead on my tracks. "Do not come near!" is what I see and what I remember.

The rest is anticlimactic. As soon as the wave and its owner are out of sight, I turn around to make my own exit. My routine resumes, leaving no room for disappointment, longing and loss. It's as if the hand never waved goodbye 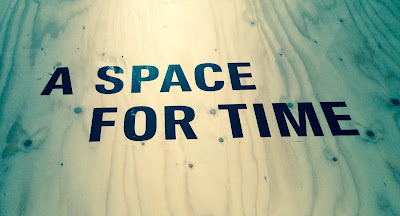 I am always the one to wave goodbye.

In the past four years, I have countlessly debated whether waving goodbye is better than being waved goodbye at. I quickly learned crying with a twenty-hour journey ahead is much harder than crying whilst running daily errands. Traveling can be taxing, especially when your heart refuses to come along.

However, it should be clarified that my heart only feels heavy when I travel away from home. Like a child clinging to her mother, my heart begins kicking and screaming as the plane ascends to the Indonesian airspace, launching itself away from Tanah Air.

One hypothesis for this "condition", if I could even call it that, is that flying away meant flying towards school, work and responsibility. In the past four years, I have flown to either New York or London to complete a degree. In contrast, traveling home translated to time off.

Additionally, I lived outside of Indonesia for approximately ten months out of the year, hence my time home was always jam packed with fun hangouts and exciting events. Having limited time makes it easier to romanticize time spent together. Short stints did not expose me to the hardship or the challenges of living in Jakarta, instead I only saw my a happier and funner version of my friends.

In less than ten days, I will be landing in sunny Jakarta for good. After moving in and out of six different apartments in the past four years, I am elated at the taste of stability. I can't wait to return to my roots and grow alongside my hometown, instead of seeing it transform in flashes. Excitement has flooded my iPhone calendar in the form of scheduled meetings, events, and activities.

Even so, I can't help but feel a drop of anxiety expand as the departure date nears. Will I be able to expand my current network? Will I be able to get involved? Will I succeed in the workplace? An overflow of literature is available to college freshmen asking the same questions. Numerous blogposts have covered the matter in detail, along with practical tips and tricks, even though college exists in a bubble, whereas "real life" lacks physical and perceived boundaries.

Simple acceptance have only amplified these concerns. Friends saying, "Well, typically your friend group is limited to former class mates from high school or college, and office friends." Typically never works for me. What if I don't want to exceed the norm? What if I feel strongly about making new friends? What if I expect more from coming home?

More than half of my friends will not be returning home this year. Some are continuing their education, while others have found employment. A handful have married and settled abroad as well. One or two of my friends in Jakarta are still dreaming of testing their luck outside of the country. The decision to exit the country range from a negative perception of the country and its clogged systems, dissatisfaction over continued slow growth despite promises from a new cabinet, as well as a thirst to see if the seaweed is truly greener across the pond.

Personally, I decided to start my career in Indonesia immediately after graduation due to perceived time constraints. I see opportunities that require early entrance. Additionally, I fail to see myself living in the West for another two years, which I believe is insufficient to gain a foothold in the market.

My persistence to return home used to rely on both estimates. Yet, recently I have found yet another determining factor. 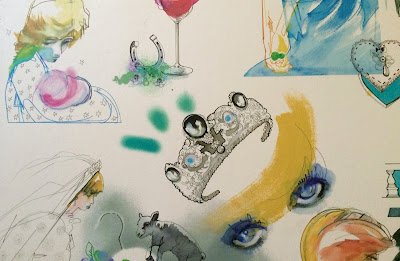 Though only four years have passed since I started living abroad, I already feel like a foreigner in my own city. I get extremely red under the sun. I no longer find the smell of deep friend snacks to be appetizing. And I have developed an every-prominent Cinta Laura accent.

Imagine spending another four years outside of the country and like many Indonesians diaspora, I may not be able to return home.

Yes, I still call it home.

My heart still clings on to the car door that closes as I make my way into the terminal. My voice still crackles as I check-in. And my mind still makes a mental snapshot of the people waving goodbye, palms open, saying stop.

*All photos were provided by the author
Written by Unknown at 12:32:00 PM No comments: