With half a week spent in Barcelona and another spent in the constant company of the same five people, I have learned what "now" means.

Aching, my thumb continues to click and swipe as we sit on the sightseeing bus along the streets of Barcelona. My mind can't help but escape the magical sight of Sagrada Familia for the confines of the mailbox. What's happening at today's meeting? Wonder if they need me? Should I bring back chocolate, cheese or both? Every so often, my mum would instruct me to store away the device, as she often did to my dad. Be in the know, she repeated. You always think about what's far from reach, she analyzed. Without any ammunition, I reserved to look out the window and list all the things I would need to do once we returned to the hotel.

A few days into the trip, she amended her observation, You're only in the now when you are in Jakarta. In New York, I thought about Jakarta and London. In London, I ached for the East Village and tried superfluously to stop counting down the days when my flight lands in Soekarno Hatta Airport. But do these mental love affairs stop when I am home?

In April, I spent two weeks going back and forth between the office and other people's. In between meetings, I managed to socialize well into the night. The only mental love affair comprised of Tokyo, where I'd spend the next week, and London, where a week of finals awaited. Instead of pining and giddily counting down days, I felt pained to leave the opportunity that is Jakarta. 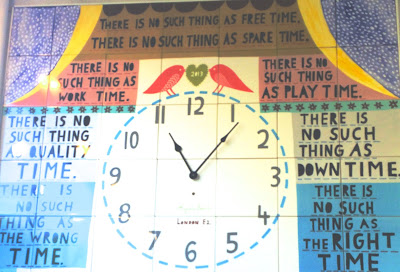 And yet, thought it should not come as much of a surprise, the last five days have allowed me to consistently remain in the now than I had been in a while.

Two years ago I decided to step away from the stage, or rather the backstage of theatre, after spending a combined sixty weeks in production the previous two years. In those sixty weeks, I was confined to a room, often small and dusty, to work on a unifying project. Actors would warm up, the director would go through notes, and us, stage managers, would somehow ensure things were in place. Concentration came easily. A multi-tasker, my mind had enough on its plate to remain in the now for the average five hours daily rehearsals took. In addition to an occupied mind, I was immersed fully in the process. I had fun, which seemed harder and harder to come by. Waking up, the next day, I couldn't wait to start rehearsal again. These shows had my attention, but it did not compromise my focus on classes or work. They required me to be in the now and surprisingly I delivered without any hesitation.

The last week has demanded far more hours and far less running around. My concentration seesawed. But for once in a long time, I was not looking at the playground, convinced that I was missing out. I did not check my phone as often as I increasingly had in the past year. For eight hours each day, we ate together, worked together, and made fun of one another. We bonded over a walk to Paddington Station and footsie under the table. Being cooped up away from "home", be it Jakarta or New York, felt comforting.

So comforting that I let my guard down and sang, revealing the theatre nerd inside me. One of us stood on chairs, while the others laughed and tried to sing-a-long to a musical number from Book of Mormon, a musical we love to despise. An irritated neighbor even interrupted us, whilst half-apologizing and half-praising our singing. It was comedy gold! And mind you, we were not in rehearsal, we were writing an executive summary for a business plan competition in one of the meeting rooms. 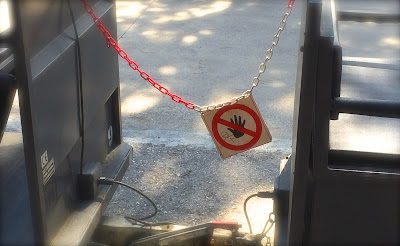 For a girl divided between the past and the future, remaining in the now is hard, much harder than reflecting and planning. I am torn between "What if I had..." and "What would I do if...", instead of "What am I doing now?"

If became my best friend.
It hugged me when I felt uncertain about my decision to return to Jakarta.
It nodded as I felt foolishly wished for someone to wait at the arrival gate.

But as we munched on grapes and audibly tortured our keyboards, if was absent. When we laughed over an inappropriate joke or argued over semantics, if was nowhere to be found. To be honest, if has not been around for the past week.

Despite being submerged in work, I have not forgotten the outside world. Rather than questioning their availability or assuming they'd be annoyed, I picked up the phone and dialed my best friends during break from work.

We worked hard, not in fear of missing the deadline, but in fear of delivering work that misrepresented our product and ourselves. And that drive, the drive to perform, the drive to show ourselves according to our self-perception helped structure my day, my thoughts, and my priorities.

*All photos are provided by the author
Written by Unknown at 2:56:00 PM