A spectrum represents the ways in which most people in my life keep in touch. I was brought up to answer my parents' messages ASAP and answer their calls immediately. If I don't answer within 10 minutes, without fail, they'd bombard me with questions over further calls and messages. In the age of BlackBerry Messenger, they'd abuse the PING function in order to reach me, a daughter who maintains her phone in silent mode. On the other hand of the spectrum are those who completely do not keep in touch.

In turn, I don't keep in touch with them either, except when Facebook reminds me of their birthday. Let's scrap these names out of the spectrum as those whom I don't keep in touch with. Then we have those who occasionally keep in touch and appear to want to maintain relations, but fail miserably at doing so. In the middle, we have friends whom I bombard with messages if they take days to reply, vice versa. These relationships are characterized by open communication that involves more honest, demanding rants than polite hellos.

Earlier today, my best friend of nearly ten years called me out, "Will you get to the point, like you always do?" For a second, I wondered if I've been consistently straightforward that he's unused to my latest portrayal of the needy friend.
"I just wanted to say hi!" I shouted back via text, hoping it would register.
"Then say 'hi'!" he typed back. Truthfully, a simple hi would not seem right, as it was too sanitary and distant for the relationship we share.

This brings us to the first part of keeping in touch.
I. Maintain the tone shared in face-to-face communication
Tone refers to the dynamic tendency to communicate. This is more easily done during phone calls, when our voice is available for interpretation. If you are used to ribbing each other or using specific words then do so in text. Changing the tone seems artificial and unnatural. What could have felt like an organic extension of your last conversation quickly becomes a separate dialogue with a different character. In some ways, continuing the style in which you communicate face-to-face onto text shows a sense of comfort with yourself and confidence that your friend will understand your quirky remarks and sarcastic jokes without even hearing your intonation. In turn, trusting that the other person can and will understand you even through emojis or abbreviated words often will lead to a strong relationship.
For instance, I can count the amount of times in which my best friend and I have said 'hi!' to one another. Instead of greeting one another, we often jump directly into conversation. So, for me to say 'hi!' via text should warrant further investigation as to whether I have been replaced by an alien replicate.
However, maintaining tone can be especially difficult when a rapport has yet to be established. How can you continue a tone that is still in its infancy, still developing its personality, and still determining its trajectory?

II. Scope it
In graduate school, I met a very special friend who would start most business school projects with a scoping exercise. The need to set a horizon is quickly becoming a compulsion. But, as someone who always prefers order over chaos, I can appreciate having scope to organize my interactions, especially ones that I would like to grow but struggle to do so.
Knowing what you are in for and agreeing on a common objective may appear to be typical strategies for success. But there is no shame in applying it to relationships. The portrayal of spontaneous love and friendship are overwhelming, especially in movies. Unfortunately, that only applies when timing is on your side. Realistically speaking, not a lot of things in life are perfectly timed. If anything, planning is needed to allow for perfect timing. Planning requires an agreement on what the relationship is and where it will go. Scope covers both the question of what and where seamlessly.
One of my deepest regrets is failing to define the scope of relationships that I was desired to invest in for the long run. Why? Keeping in touch, a key ingredient in ensuring that the relationship runs beyond what spontaneity and bad timing allowed, felt much harder and complicated without knowing what and where. 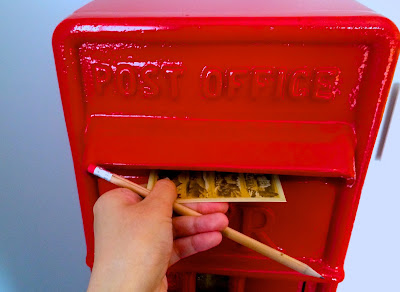 III. Be available
Without perfect timing and a well-defined scope all we are left with is ourselves. The last part of keeping in touch appears to be the simplest, but is often the hardest to practice. Being available is intertwined with another more basic aspect of keeping in touch, which is wanting to keep in touch. Why is it that perfect timing is credited for the success of friendships, enterprises and romantic relationships? Well, when the timing is right, things fall into place more easily. Perfect timing saves us from making much effort or considering whether we truly want to exert that effort for a probable result. But, keeping in touch only becomes even more significant in the absence of perfect timing.
To be available is to make time, it is to put aside a portion of your "reality" (read: the life that is in physically and tangibly around you) for something or someone that is far away, away from being seen or touched.
Thus far, I have heard two principles of thoughts on desire/behavior. Some believe that desire drives behavior, whereas others believe that behavior are subconscious manifestation of desire. Though both are somewhat similar, the former talks about a conscious decision to want something and achieve it, whereas the latter speaks of a more subliminal showing of desire.
Personally, I am more prone to making conscious decisions on what I want and how to get it. When I feel a sudden hollow feeling in my chest whilst thinking of a friend, I decide that I miss her, look at the time and when appropriate, message her. When the timing doesn't fit, I make a further decision based on how much I want to speak to her and the effort that I can afford to exert. If I truly need and/or want to speak to her, I will put aside my ego and put aside time to speak with her. The relationship can become overtly mechanical in a sense, but it has not caused a relationship to crumble, rather it helps clarify the significance of that person and the relationship.
On the other hand, when left to its own devices, relationships often crumble. They crumble with every week spent in silence. They crumble with every story that expires. They crumble under the pressure of each others reality.

Bottom line, to keep in touch is to be available. This may take effort, namely being intentional, which is often conveyed as a flaw on the complexion of a once strong, but weakening relationship. And yet, looking back, though I can easily recount feeling regretful over relying on timing, I simply can't think of a time when I felt regretful for intentionally sending a text or calling a friend.

*Photos were provided by the author
Written by Unknown at 3:59:00 PM