Tracking back time and counting back the days, I quickly realize that I have spent the past decade falling in and out of love... Wait! Not love. Crushes. 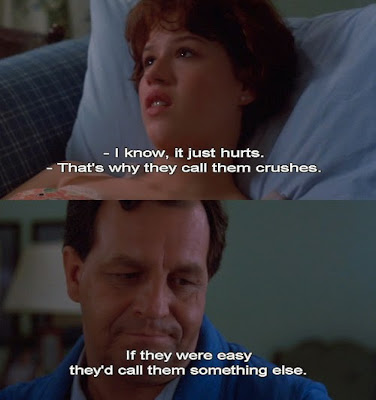 At 21, I am too frightened to calculate the opportunity cost of pining over a boy. Why? Because I know how foolish some of these attempts are and how mundane they appear compared to 50 years worth of marriage. And yet, I can't help but wonder if time was truly lost, if the opportunity cost were truly well, costly, and if it was all in vain.

A few weeks ago, I met a very interesting lady, a few years older and a few years wiser. She has waded through the ambiguous world of relationships with a very polarized principle, "Don't develop a crush until he confesses his interest in you!" I should preface by saying that she lives in a highly heterosexual society with a strong emphasis on having the men initiate the relationship.

Sometimes I envy women like her, women with a conviction and a well-armored heart.

But for the past four years, I have passed a turnstile separating her society and an even more cryptic world. In this other universe, LGBTQ rights is always a hot topic, individuals are encouraged to experiment with their sexuality, women are sometimes allowed and banned from initiating a relationship, hook ups are all but too familiar and love, well love is a death wish. And despite my reservations, I quickly lost interest in men of this society.

Instead, I somehow preferred men back home, men who are sometimes referred to as country bumpkins. Men who reminded me of my school years. Of course, many of them are childish, especially in their views on women's rights and gender equality. Many still expected to have a wife who stayed at home to prepare food and raise the children. Many failed to see themselves raising these children beyond providing bread on the table.

Going back and forth between these two worlds morphed me into a hybrid, one that believed in putting her heart on her sleeve and moving fast, but refrained from online dating and one-night stands.

This hybrid does not believe in playing hard to get or participating in games. She knows what she wants, yet reveled in a world where only men took the lead. In choosing a world, I chose my limitations.

Time and time again I arrive at a familiar point: how far should I protect my heart?

As you can probably tell by now, I am all in.

Perhaps, a third of the items mentioned above is more prone to vacillate, much like a drawbridge that unlocks, descends halfway before quickly ascending and locking up.

So, as I roam through the maze of butterfly-filled bellies and palpitating hearts, I shall distract myself with a debate on whether to lock one's heart up till the fateful prince comes or to hang it on my sleeve to be battered and perhaps, one day, stitched whole again.

On a daily basis, I am blunt and straightforward. I find it hard to conceal my thoughts and feelings. Though I rarely scream, I often start babbling when I have a strong perspective on a subject. It's physiological and psychological at the same time. Babbling is the preferred mode of communication because I obsess over comprehensiveness. I want others to understand my point of view, as I fear potential misconception due to fragmented information.

The same sentiment is felt when I have a crush. My friends will testify that I am guilty of talking about a crush repeatedly to no end. Do I feel guilty? Yes. Does it feel good? Oh, hell yeah!

On the flip side, one of the worst things about having a crush is the uncertainty. As a girl in a society that does not embrace girls taking charge, I often feel helpless. I appreciate certainty, whether it is assigned seating in an airplane or a well-established meeting time. Not knowing puts my brain in top gear, pushing it to the limits of imagination, and unleashing my good friend: paranoia.

So, as you can imagine, the concept of wearing my heart on my sleeve is very appealing. Now, if only I can get over my insecurities and just pursue him like I would a job opportunity.

Armored heart
There is another side to this whole debate. As I have said above, one of the hardest things about having a crush is the uncertainty. Why is feeling uncertain so disgusting? Well, it's because you can have all your cards on the table and have him light it up in flames.

Having a crush often entails having a tricky brain, one that plays games on your judgment and one that limits your field of vision. Simultaneously, the heart has expectations that desperately begs to be met.

They also support my friend's bulletproof principle: do not open your heart until he confesses his feelings for you. Instead of putting your heart on show, just relax and wait for suitors to come. That way, you have the upper hand.

But what if the heart is screaming from beneath all the armor?

Sigh, if only I could sleep whilst my prince hacks the thorny forest across the castle where I lay!

And what if the prince dies in that thorny forest or did not bother to come at all? 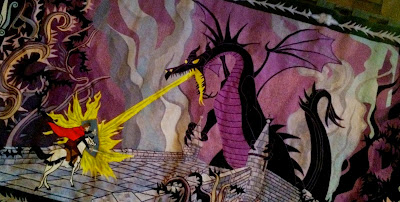 Now, one way to stab holes in my friend's principle is to talk about the benefits of developing a crush vulnerably. Many a times, we, especially women, are conditioned to play it safe and let the men do all the talking. As you can probably tell, I am not one to sit still or abide by heteronormative rules. Even so, I need to rationalize my actions to outweigh the painful consequence of vulnerability.

Roller coaster
Developing a crush is a roller coaster ride. The metaphor can't be any clearer. A standard roller coaster usually entails a slow climb to the peak followed by a sharp fall. You know it's coming, you feel it as the cart ascends, you anticipate the plunge but often miscalculate the ramifications. As the cart accelerates, you feel your heart drop, pulled by gravity, away from your body. It feels surreal. Adrenaline rushes in. Your hands are clammy and your head won't stay still. It's a thrill ride. After the pain is gone, all you have is the excitement. You forget all the horror you've endured and come out feeling like you know more about yourself and your threshold. You want to test that threshold and see how far you can go.

Getting to know you
Another part about having a crush is the opportunity to get to know oneself. Maybe the answers won't be as extreme as, "Would you kill for the one you love?", but it might tell you a thing or two about your ability to deal with your emotions and to communicate with other people. It might also demonstrate your preferences and limits.

Locating gaping holes
Numerous TV shows have depicted a group of girls in a circle, comforting one in tears, telling her that she rocks or that there are plenty of fishes in the sea. Well, here's my proposition: could it be that maybe we are at fault? That maybe our flaws make up the very barrier that prevents us from being in a relationship? Developing and extinguishing a crush can often highlight this fleck.

Put it this way, I am very imaginative when I have a crush. My mind paints rosy pictures to hellish dungeons. It manipulates my emotions and colors my vision.

The decision whether or not to excise the flaw is an entirely different matter.  Rather than being clueless or worse, ignorant, about a certain characteristic, you are able to identify it for future reference. Interestingly, I find that most of these features only emerge under certain conditions, such as bathing in the possibility of a relationship or the thought of his eyes.

Fearing fear
As a child I used to fall quite a lot. With two left feet, I broke my left arm twice before the age of eight. Both of my legs used to be covered with bruises and cuts. Scoliosis might have played a part in this and therapy has prevented me from having any major accidents. However, I find that as time passes, I am less and less likely to get hurt. Instead of a physical wound, pain comes from a rejection letter or fear of not getting a job.

The fear of being single can be all-consuming, but it still isn't the end of the line. There is hope in finding the one some day. There is hope in being able to lead an independent life. The concept frightens me but the reality does not seem to hurt as much.

Being human
Ultimately, wearing your heart on your sleeve is all about being vulnerable.

Being human is baffling because it may involve the end of being human. I would argue that Romeo and Julie died for their crush, the boy and girl they saw across the room, the perfect illusion. They ended their own humanity, their own careers as human beings in an attempt to be humans, to fall in love, to desire love, and to be loved.


And yet, after an exhaustive series of sentences, I am left unsatisfied.

I am still unsure whether to put on an armor suit or settle for an exposed heart.
Written by Unknown at 7:25:00 PM