My Major and I

"So..." he begins, as the group ogles a painting at the National Gallery in Jakarta. "Maybe you can explain what exactly we're looking at," he smoothly turns towards me.
I try not to make a face. I try not to be judgmental. I try to focus on the fact that he is making a joke. I try to not be impulsive and jump to conclusions.
"Well," I clear my throat, "I don't know". The first complete sentence made for regret. I try, again. "Perhaps, it would be best to make your interpretation?" I pray that they fail to detect the anxiety bundled in the question mark. Flustered, I walk away onto the next piece. Phew!

That was a close call, one that illustrated the many challenges of having a degree in any field. Studying art does not make me more qualified than anyone else in the room to comment on a painting.

Unfortunately, this is not an isolated incident.

For the past five years, ever since I decided to make psychology a constant in my educational landscape, I've had friends who looked at me in disbelief, "You? How could a blunt, cold-hearted bitch like you become a psychologist?" I've had a parent who lashed out and screamed, "Of all people, you should understand me better! You studied psychology, for god's sake!"

Umm, maybe I didn't get the memo, but...
A) Studying psychology does not mean I intend to be a psychologist. Psychology majors have a wider horizon than sitting listening to patients or administering personality tests!
B) Just because I studied psychology, does not imply that I am a good listener or am more capable of sympathy than you!

Instead, ever thought that I studied psychology to fill empty gaps, instead of sharpen existing skills? Perhaps, I took up psychology to be a better human being, to be able to listen and understand where you're coming from, to be better equipped to handle my own nervous breakdowns and anxiety, rather than to build a career?

The point is: your degree does not determine who you are, (especially when you received a Bachelor of Arts with no specific major).

So, what exactly did you become after college?

The 3-5 years spent in college is formative, there's no doubt about it. But, I would strongly advise you to step away from the concept of college as a manufacturing line.

The result is not straightforward. Let's put it this way, even if you put sugar and spice and everything nice and (of course) a dose of 'X', you may not get Blossom, Bubbles and Buttercup. Instead, you may end up with something totally unexpected, be it an enhanced perspective on the world or total paranoia.

Going to a liberal arts school with minimal required courses and the freedom to choose from a class on sex and sexuality to steampunk physics, does not make the process any easier. But, somehow, it does not make things less predictable.

A liberal arts education did not allow me to comment on that painting, not because I didn't have a clue, but because I learned that there was no singular answer and that art, oftentimes, is up for interpretation. Hence, I felt that a comment would be a violation to other people's thoughts. Of course, in retrospect, I should have delivered these thoughts before sharing my own, instead of running away.

A liberal arts education may not have made as sensitive as my parent would have wanted me to be, but it did expose me to different thought principles and approaches to psychology. It showed me that psychology was not all about thought therapy. It pulled me into different directions that bordered on anthropology and sociology. It pushed me to be more in tuned with my own psyche.

A liberal arts education is all about learning how to learn about different subjects and to put it all together in a cohesive manner.

A liberal arts education inspired me to understand. 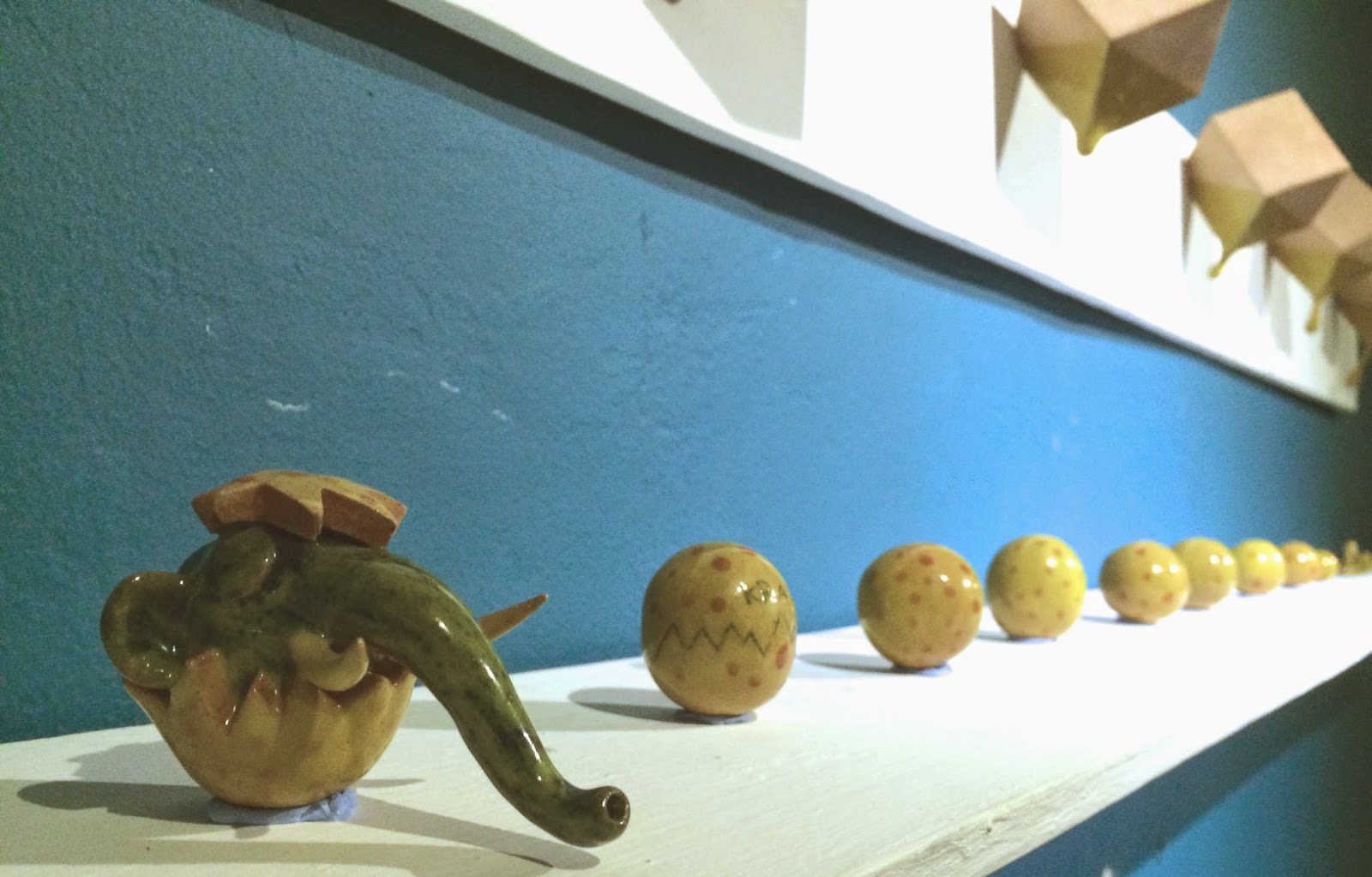 And isn't that what education is all about? Freedom? Liberation? Options?

I never really thought about the concrete 'why' in education. Ever since I was yay high, I knew I would obtain a master's degree at the very least. In what I did not know and for what did not seem to matter. Education is a key. So, wouldn't it be a pity if this key only opened certain doors? Wouldn't it be a waste of time if it confined you, rather than allowed you to explore and taste what the world has to offer?

Maybe I'm totally wrong. Maybe I'm able to preach because I have the privilege of obtaining a liberal arts education and a secure professional future in a thriving economy.

Even so, I still believe that a degree is not a cage, but a platform from which to fly.

*Photos were taken by the author at Galeri Nasional, Jakarta
Written by Unknown at 3:26:00 PM