Opa and My Lengthy Words

Writing takes deliberation, at the very least fingers begin to type or take hold of a pen when the brain prompts them to do so. And even if it isn't initially intentional, most pieces will become deliberate once it enters the editing process. Some pieces begin with a clear vision, others are supposed to go one way but waiver off towards another direction.

Even at seventeen, I refused to buy into this notion of calculated writing. Instead, I dwelled in the possibility of writing for the sake of writing, even then there is a reason and rhyme to it. Outlines disgusted me and don't get eighteen year old me started on structure. Acing English class and having my articles published didn't help either. Dare I say, I was a confident writer. I was the most confident I had ever been and ever would be. And this was at a time when I abhorred and thus actively ignored Strunk and White's Holy Grail book, "The Elements of Style". 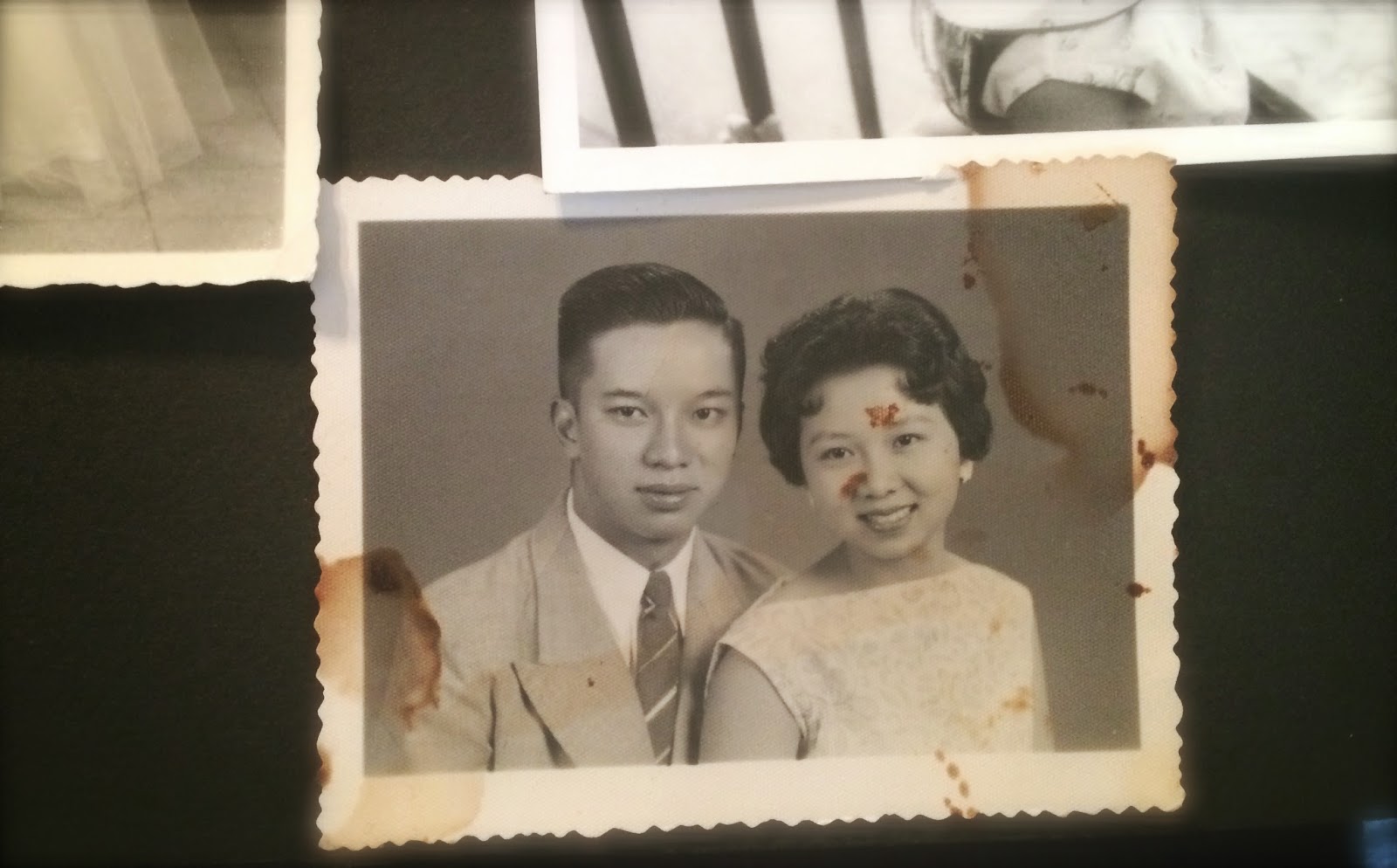 Since then, my ability to write has faded away, which funnily also used to be a good thing and now isn't. You see, my grandfather, Opa, an army vet, lived by MacArthur's words, "old soldiers never die; they just fade away." When I was a confident writer, I'd nod each and every time my grandfather talked about fading away.

But then, with each writing workshop, revised manuscript dripping in red ink, and day being in a graduate degree that has no appreciation for written work, my writing wants faded away, and let me tell you, Opa, fading away ain't any better than death.

This blog pays testament to my fading away as a writer.

Surprisingly, even after all the beating, which I know is nothing compared to what most published writers or New York Time's best-sellers go through, I am certain that writing takes deliberation. It takes letting go and taking reign. It takes diagnosing your train of thoughts and figuring out how to make something out of it, out of this cerebral flow that may or may not substantiate to anything. It takes a lot of faith in yourself and in this reason. The reason can be as meta as writing itself, or it can be as minute as italicizing a word. Sometimes you inject meaning into nothing or vice versa, find meaning in something.

Sometimes, it takes appreciating what you have so far.

For the past decade, I have stayed confident about one thing: number of words. Perhaps, more specifically, number of words that aren't just wordy, but substantial and meaningful. Some books gain their thickness from heart-racing story lines, others owe it to layers and layers of evidence. Rather than words, some of my favorite books weigh a ton for its pictures or short paragraphs in unproportionally large pages.

My parents rarely took to public displays of pride. Unlike most of my friends' and cousins' parents, mine rarely talked about my achievements or ambitious undertaking. But, once in a while, they'd print my essays and hand it over to my grandparents. Perhaps, it's easier to pass the work over than explain what it is and justify its significance.

As Opa repeatedly complained, my pieces are too complicated, too long, too wordy. But I like them that way. The one thing I continue to take pleasure in is attempting to write nuanced pieces that loop in and out of city blocks, into subway stations and onto trains heading towards another bureau, before abruptly stopping on a street, unable to continue or uninterested to continue the journey because of a complaining stomach, a numb ass, or just a simple lost of interest.

Sometimes of course, as you may have found, I succeed to find the perfect ending, one that nicely ties everything together like those white and red string that wraps around Italian bakery boxes and keeps them shut.

And yet, as I read through this passage, unable to complete my thought, I realize that the man who'd rather fade away, can't stand my tendency to stretch words till the verge of snapping, fading them away till the last breath. But, you see Opa, you are just like my writing. Perhaps, I have intentionally made it so. But unlike most of my pieces you are still stretching the words of your life. And I pray, persistently so, that the writer of your story won't have a growling stomach or a numb ass so severe that the writing stops abruptly.

With that, if we were to talk about reason, about writing, about fading away and death, or even about the thing that predisposes them, i.e. life, you can't help but notice parallels and you can't help but foolishly deduce that if each of our lives were one giant book, that maybe, just maybe there is some reason for it. Now, I'm not saying that a pigeon pooping on your head is a sign, but perhaps if we look close enough, we could detect some believable reason why.