Symbolizing 9/11: A response to a visit to the Memorial

Before descending into downtown New York, the yellow school bus passed along the Hudson, a few bridges, and numerous high-rise buildings, many of which were dwarfed by one of the tallest buildings to have ever grazed the city's skyline. More than ten years ago, the World Trade Center quickly transformed into Ground Zero. Two airplanes struck the Twin Towers, shocking the entire world. 9/11 has been one of the most profound tragedies in the history of the world, claiming more than 2,500 lives at the WTC, leaving behind a massive crater, and affecting the entire world, both physically and mentally. 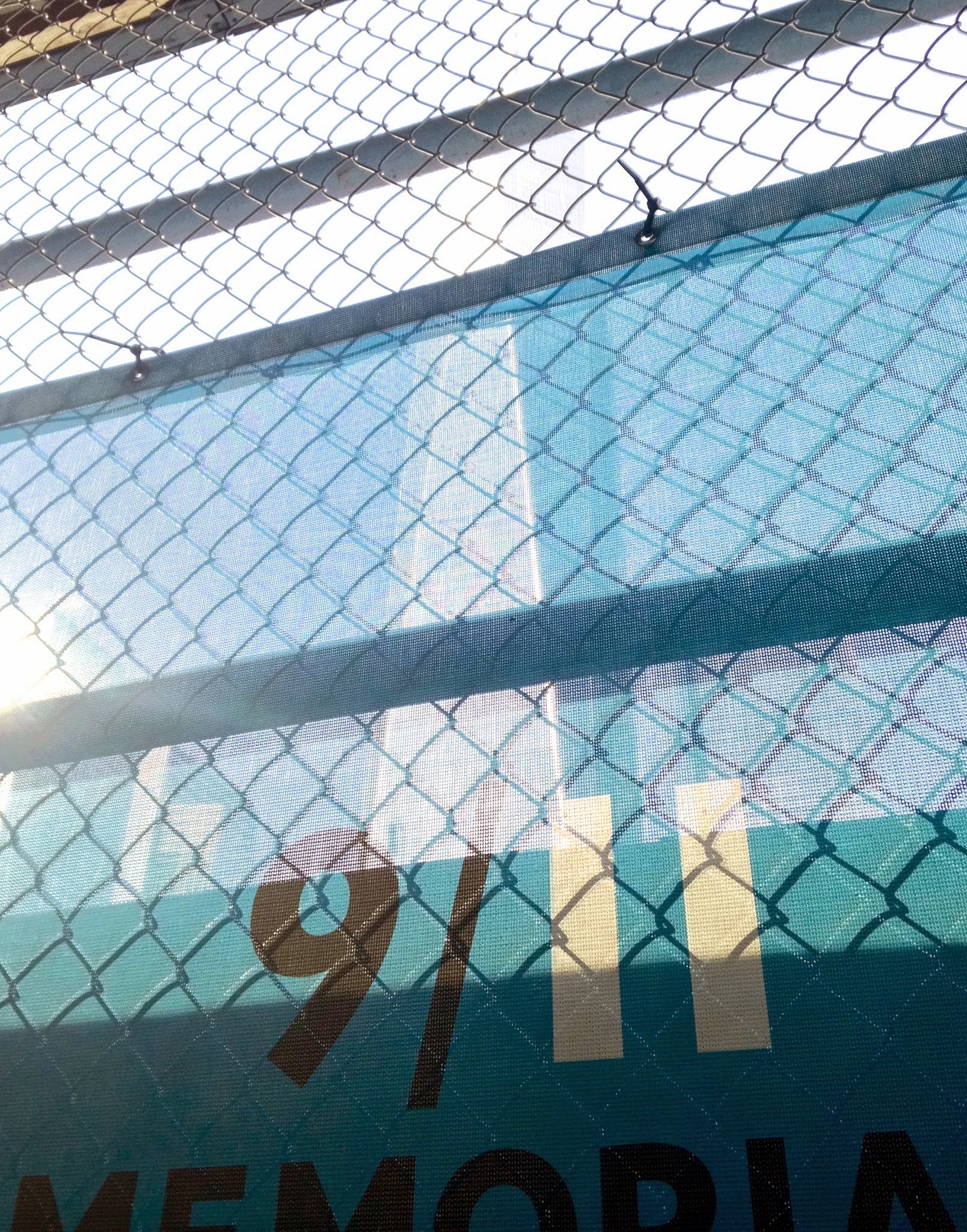 A few days ago, Dr. William Hirst from the New School of Social Sciences presented at Sarah Lawrence College's Trauma, Loss and Resilience Class about flashbulb and event memories in relation to catastrophes, such as the assassination of John F. Kennedy in 1963 and 9/11. Throughout the entire lecture, I felt detached from the entire topic, even though I had experienced both types of memories and lived through some of the events he mentioned, including the fall of the Twin Towers, the death of Princess Diana, and the earthquake in Japan. However, everything felt distant and out of reach. I had locked myself in an analytical framework, a bunker, if you will, to protect me from the monsters that lurked around every corner.

Walking into the 9/11 Memorial felt uneventful. I was dry from any wave of emotions. First we alighted from the yellow school bus, as if departing from childhood. Then, we walked through the streets of New York City, which always feels contaminated, rough, and dramatic. Suddenly, blue repurposed material walled us in, while officers and staff barked at us to hold on to our tickets.

Before entering the site itself, we shed our coats and placed them in plastic trays, went through a metal detector, which somehow, unintentionally reminded us of the changes that occurred after 9/11. As a child, I adored the experience of flying from checking in at the counter to boarding the flight. Yet, at the end of 2001, global transport saw immense change. No longer were we able to say goodbye at the gate, no longer were we able to put our shoes on, and no longer were we able to go through security without some sense of anxiety. I remember feeling conflicted by the airport security process following 9/11, as I tried to marry my newly found bitterness towards the routine and the need for security.

Our journey only truly began after we passed the "TSA" process. We reentered the cold before walking towards the site. Noah, our guide, stopped a few feet away from the South Pool before he proceeded to talk about the complex. "Absence," he said was the central theme to the design. The absence of the intimidating, tall buildings that once grazed the compound, as well as the bustle of the plaza echoed throughout his speech.


For the next half an hour or so, we roamed through the unfinished area before stopping ever so often to receive some explanation from the guide. A mixture of what appeared to be tourists and locals, the park appeared vast and unrecognizable. I could not imagine the Twin Towers which used to stand where the South and North Pool are now located. As I watched the water flow rapidly into the middle of the South Pool, I inappropriately wondered if anyone had fallen or had thought about falling into the water and being sucked into the center. I wondered what was at the bottom of what appeared to be a dark well. I wondered if the soil beneath us held any unfound remains of the victims.

My inability to picture the towers and the plaza might be caused by the fact that I had never actually been to the site prior to the attack. The only images that I have stored in my head consist of the silhouettes of burning buildings, in addition to smoke and fire. Losing a visual sense of the plaza before 2001 symbolized the corrosion of memory. Through time, people placed meanings, America went to war, certain groups became living targets, and the world changed forever.

At the end of the tour, we stopped in front of the only tree that survived the attack. A tiny teddy bear, which must have been left by a visitor, stared into the abyss, listening to Noah's closing statements and our reactions. Everything about the 9/11 Memorial screamed symbols. Every tree, brick, and building were configured in such a way to remind the world of what occurred on September, 2011, as well as its indelible impact on the human race. I walked away feeling exhausted. I felt policed during the 45-minutes or so that we spent on the site, aware of the sensitive nature of 9/11 and its aftermath.

After a severely bumpy ride back to campus, I slowly made my way back home. The sun was setting and the sky was painted in magenta. All I could think of was to walk one step at a time. All I could do was wonder the honesty or lack thereof of the 9/11 itself, the memorial, as well as our responses to both event and site. For the amount of things that have been said about the event, ranging from President Bush's response to all the movies about it, I remembered that when it comes to the tragedy of 9/11, there are certain words that should be left unsaid.

*All photos were supplied by the author
Written by Unknown at 1:00:00 AM