Writing Is a Piece of Cake, Or Does It Just Make Your Arms Hurt?

Written on a particular evening:

Earlier this morning, a friend left me with a compelling remark. She and I graduated from the same high school, contribute to the same online publication, and write. However, earlier today, she commented on how easily writing came to me, which lead me to question the validity of said statement. 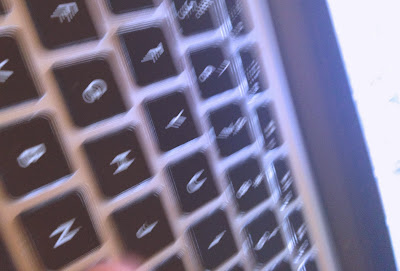 Does writing come easily to some people and not others? What underlying mechanism differentiates those two groups?

Since I have yet found compelling scientific argument on the matter, I will resort to my own personal experience. (Anecdotes, such an understated form of rebellion).

Ironically, as a child I refused to write. Instead of devouring books and writing stories, I would draw. It took less meticulous attention than writing did. And perhaps, writing today feels as fluid as it felt to draw as a child. At that time, I was aware that my drawings would not be spared from judgment, while my writing would not. Instead, it would go straight to the chopping board. Much like teenage writing, children's drawing are acceptably cryptic. Maybe, that's the second clue, as time progresses and individuals go through the various developmental stages, they alter their hobbies according to societal expectations, as well as the biological changes that they have and continue to experience.

Moreover, as I aged I became inspired by much more complex ideas, ones that required advanced drawing methods. At that time, with the onset of essay writing for college applications and the SATs, my writing somewhat improved. Day-by-day I learned new words that helped me unravel the feelings and social dynamics I had so want to express through pictures. Back then, I also poured "my soul" (ugh, teen angst) into photographs, which still had its limitations. Alphabets and words and sentences somehow broke that wall. It forced me to expand my thoughts and write awfully long-winded stories that had insignificant yet smart-looking tangents. At the same time, I became engrossed in using metaphors and being able to disguise messages through a constellation of illustrations, funnily, of characters and subplots. Furthermore, it did not hurt to have all the support in the world to allow me to constantly type. 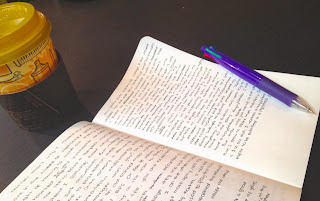 Writing had yet turned itself into my passion, instead it was merely a habit, a pragmatic solution to a convoluted mind.

Soon enough, I went off to college, a liberal arts school that emphasized on writing instead of tests. With enough nurturing, any plant can grow to a significant extent. After my first year, another friend told me that it was clear to her that Sarah Lawrence had rubbed off on me and my writing. Support, again, is invaluable, especially to someone who delves in the arts and literature, two fields that resemble the shooting range. Slowly I became aware of different styles of writing. The classes I took were both interesting and beneficial in that they exposed me to a wide array of books and texts that were mind-blowingly eloquent, simple, and direct in delivery. Going to the theatre as often as I do only pushed the me further. The usage of words in plays, poetry, music, and musicals made me a bit wilder than I normally am.

Only then did writing become my "signature." After several turbulence, tons of time, and a stack of abandoned drafts did I began to write consciously. Following a series of opportunities, I realized the importance to consistently write, as well as write publicly. Now, I continue to contribute to several online publication, whilst persistently entertaining you through this blog, which would not have taken off without the insistence of a teacher. Writing, though stressful at times, allows my eyes to constantly seek inspiration (and I think it has definitely made my life much, much more delicious).

P.S. Writing is not for everyone. However, the jolt that you feel is out there, somewhere. Whether it is filmmaking, costume design, aerodynamics, editing, or being a mom, there is something for everyone, right?


*Author owns rights to all of the photos above
Written by Unknown at 6:22:00 PM