Tampons and Sanitary Pads: A girl becomes a woman

With a new shiny handbag in tow, she enters the room in barely walkable heels, strutting her stuff as if it were her debutante ball. Her friends greet her, cooing at her long, wavy hair (thanks Digital Curl!) and the dash of red on her lips. For the rest of the meal, the girls expose their lives and their recent achievements. Coming home has never felt so, hmm... how should I put this? So competitive.

At the end of what seems to be a business meeting, the girls disperse into various areas of the mall. Some go straight to another restaurant to meet their beau, while others head to the parking lot to go home. Everyone is left with a new understanding of society. Now, everyone is one step closer to becoming a better woman.

In 2002, Britney Spears launched "I'm Not a Girl, Not Yet a Woman." Though the song has since been shoved into long nostalgic playlists, the message somehow remains true. As millions of people journey through this well-written path, the world often forgets that it is a process, a spectrum of possible moves in a structured game. We forget that there is a grey zone between girl and woman. Moreover, we no longer abide by societal rules, especially with the emergence of a culture that tries to rewrite the entire operation. As one travels through different countries, they will experience multiple choices that carry a set of consequences and advantages. For instance, the sheer difference between tampons and sanitary pads. A girl in the U.S. might be more inclined to use the former, whereas it is rarely the case in Indonesia. There is no universal script that takes one from being a girl to being a woman. Even if there is, it is a crude and flimsy generalization that is too ambiguous to pursue.

Moreover, the entire process is clouded by a larger equivocation. What does it mean to be an adult? When does one become an adult? With the advent of globalization, new rites of passage are created as others are laid to rest. Entering womanhood is one part of being an adult. Some would say that it is a much more specific, gender-determined journey to adulthood that is exclusive to women. I would argue that it would be faulty to say that it is only directed to females, as many members of the group have created and adopted other scripts. Therefore, I would cling on the idea that women, or girls, have the privilege to take on this pilgrimage towards becoming a woman. 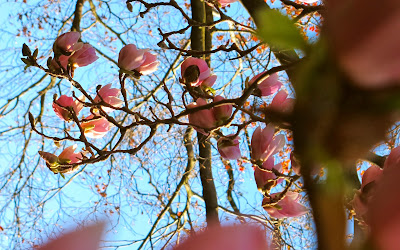 The experience of having a change of scenery at a critical transitional moment is both a blessing and a curse. As I shift between two worlds, I have had to mold my script as best as I could to avoid retribution. Instantaneously, I wrote my own script, the "honest script" if there ever was one, and kept it to myself. To appear malleable, whilst navigating through different societies, is to be a target. Others shamelessly press their values against you, as they would to a rag doll or a ball of Play-Doh.

Sometimes, I wonder if life would be much better without societal pressure. Would we walk aimlessly, looking around for some sort of sign, or some sort of map? Or would we create diverging scripts? If so, would we fight for what is right and create a new list of rules, or are we capable of accepting and respecting each others' choices? Would girls be able to wine and dine without looking like an army? Would girls take the freedom of having no boundaries to their advantage or coward off in search of some sort of larger plan?