Recent findings in PTSD research demonstrate that one’s response to trauma relies on both the intensity of the trauma, as well as the “complex interplay of past experiences and genetic factors” (Wallis, 2008). Scientific discoveries are always a thrill, especially ones that further our knowledge of a particular condition. In one sense, researchers are now able to generate new treatment approaches based on the new evidence, however I wondered how this revelation would impact policies. For instance, prior to the discovery of ways to eliminate and/or subdue this gene, some individuals may not be allowed to join an army due to their genetics predisposition towards PTSD.

Policies, in a way, are pragmatic responses to various changes. Alterations in policy would hit larger issues. Take the policy above, it shows that the result of a study has the potential to limit certain groups of people from pursuing their ambitions and practicing their rights, which could be interpreted as discrimination. One of giant questions when it comes to research in general is how do studies inform policy?

Another concern with regards to this discovery is the potential for gene deletion or deactivation. In the last class we discussed the possibility of minimizing, even to the extent of erasing certain mental conditions, such as manic-depressive disorder. We spoke specifically about this issue in terms of reproduction i.e. should a person who is aware that he/she has a mental disorder have children, although there is the risk of passing those genes to the next generation.

Clearly, based on our conversation, we agreed that such a move would change the landscape of mental health, as well as deprive individuals from their characteristics, both good and bad. On the other hand, suffering from a mental illness or condition could be crippling. This dialogue brought to another question of how should and could researchers address the complexities of their studies whilst striving towards their goals, whatever it may be. 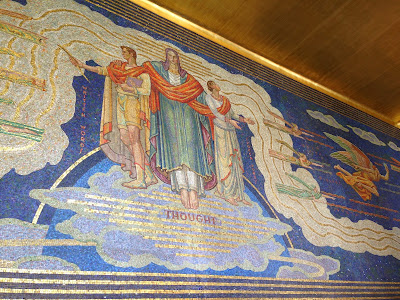 This week’s set of readings instigated more inquiries than I would have expected, however it successfully outlined the multifaceted nature of mental health studies and research. PTSD research, for example, shapes policy and the culture of mental health. On a side note, these issues, as pertinent as they are, clearly require a comprehensive team with a variety of background, which is in itself a challenge to coordinate. Yet, would it be possible to have these conversations in schools and share it with other academic bodies and research institutions to trigger a larger discussion?

This short article as a response to these readings:
Genes and Post-Traumatic Stress, Claudia Wallis, Time Magazine, March, 2008.

*Author owns rights to all photos above