Fearful Soldier/Actor: Instead of healing, time amplified the haunting of the soul


"Actors are like soldiers. The soldiers fear the enemy. The actors fear the audience. Fear of failing. Fear of forgetting, fear of art. Olivier ended up terrified. If you sat in the front row you could see him trembling,"

I remember my first semester at Sarah Lawrence. I sobbed as my parents called from the airport to bid farewell, but then I stopped and carried on. The first semester felt the most uncertain. Luckily, I was the most fearless I had ever been throughout my time on campus. For the next few semesters I could barely wait to graduate and abandon the loathsome biannual dose of homesickness and desperation. Each day I would wake up in whatever room I had fallen asleep in, wondering why I am not in my own bed, underneath those glow in the dark skies. With each day I became more and more debilitated by this engulfing hollowness of being much too far away from home.

Time is, more often than not, described as a healer, but not for me, not in that instant or this. 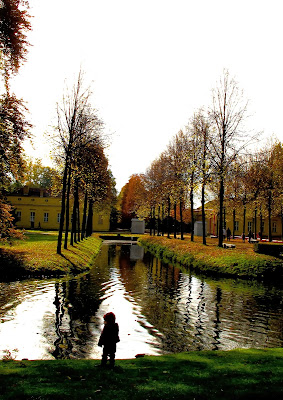 Much like Olivier, as time passed on, I became more and more afraid. The slow, yet inevitable reduction of optimism is rather a function of age, I suppose. As one passes through life, they see unimaginable scenes, both good and bad. Instead of mere paintings on the wall of the Louvre, we pass through the hallway of life and are bound to experience more than a handful battles and victories. At ten, I assumed that I would learn from my losses and adapt, somehow become a better person for it. Little did I know, in a mere decade or so, I would be maladaptive in behavior. With the passing of time, I became more afraid of what is to come, despite the fact that my life, many would think, have not started yet.

Circling back to Kay's monologue in Alan Bennett's The Habit of Art, after a while I developed an immense concern of losing the instincts that I once relied on to get me through the day. With each semester that followed, I realized that I would not regain the fearlessness I portrayed so well during the first four months of college. Fret not, I would graduate soon enough, move on to other opportunities soon enough, live through other fears soon enough. And soon enough, also, I would be back in the safe and oh-so-comfortable confines of my childhood bed.

Unfortunately, reassurance decays, especially once it is submerged in the length of a lifetime. Perhaps this is just a premature concern that would inevitably (hopefully) dissolve, but somehow I sense that it would haunt me throughout my existence, as it did Olivier. So, what is a twenty year old supposed to do, especially with science's persistent promise of a lengthy existence? Come up with a solution or an antidote, at the very least, wouldn't you say? Use the time left, however long or short it may be, to figure out some sort of mechanism to handle this unsettling truth.

You see, as convenient as it may seem, an ending has yet to matriculate, as I trust that the journey is long, that this soldier or actor is far from seeing a white flag or the lowering of the curtain. If we're both lucky enough, there might be a second installment, as life often promises.

*Author owns the rights to all of the photos above